As president and founder of Paramount Strategies, Tony Phillips offers his clients exceptional insight and access to help them realize their goals. Tony's unrivaled expertise and relationships give his clients an advantage that has enabled them to defeat costly regulations and pass legislation that creates new opportunities.

Tony brings with him 17 years of legislative experience, nearly a decade of which he spent working as chief of staff to Speaker Linda Upmeyer in the leadership offices of the Iowa House of Representatives.

As chief of staff, Tony was a trusted advisor who worked closely with Republican and Democratic legislators in the House and the Senate, as well as Gov. Reynolds’ administration to move forward with policy and appropriation priorities.

Tony previously served as a research analyst for the Judiciary and Public Safety committees, while also staffing the appropriations for the Judicial Branch, Dept. of Corrections, and Dept. of Public Safety. Additionally, Tony served as Political Director for the House Majority Fund which successfully directed the efforts to win a majority in the Iowa House of Representatives in five consecutive elections.

Tony earned a law degree from Drake University where he specialized with a Certificate in Legislative Practice which allowed him to develop a reputation in the Capitol as a trusted advisor while working with legislators and Iowa's largest business association. Tony has a Bachelor of Science degree from Iowa State University.
​
Susan Cameron Daemen brings over 20 years of skillful government relations experience to the Paramount Strategies team. Susan is known as someone who will stand strong for the priorities of her clients and focuses on staying in front of the legislative process.

Prior to joining Paramount Strategies, Susan served as the president of GovCom, Inc. where she represented many of her clients for more than 20 years. She has worked with Fortune 500 corporations, state associations, and local businesses in a variety of fields including law enforcement, health care, biotechnology, commerce, and gaming.

Having represented clients in highly regulated industries, Susan knows the vigilance it takes to protect her clients' interests. She has developed vital relationships with policymakers and delivered her clients hard-fought victories, even when faced with stiff opposition.

Susan began her lobbying career working with her father, the well-respected former Democratic Senate Majority Leader Bill Hutchins. Learning the tricks of the trade from her father helped Susan quickly develop a knack for working effectively alongside policymakers which gives her clients a competitive edge.

​Before working in government relations, Susan worked in media and public relations for Buena Vista University and Drake University. She earned a degree from Buena Vista University with dual majors in English and Mass Communications. In 2019, Susan was honored with an induction into the Iowa Pioneer Lawmakers Association.
​
Jake Highfill is a staple of the legislative and political scene in Iowa, known for a big smile and a high energy drive to make a difference. First elected at the age of 22, Jake earned three terms in the Iowa House of Representatives, effectively serving a fast-growing suburban district. With the trust of his colleagues, Jake quickly became one of the youngest committee chairs in the legislature and was known for getting difficult bills through the process and onto the Governor’s desk.

After proudly serving in the Legislature, Jake led the recruiting and campaign efforts of the Iowa House Republicans during most of a cycle in which the majority grew significantly. Next, Jake spent two legislative sessions building a strong government relations firm from the ground up, showing his relationships and passionate style can deliver results for his clients.

With over 10 years of experience, Jake brings integral skills to the Paramount Strategies team. As a former legislator, he is able to speak with legislators as a peer who understands the factors they must weigh for their constituents. Whether inside the caucus, or now outside, Jake understands how relationships are built and how coalitions are formed. Combined with his infectious enthusiasm, Jake has proven able to bring people together and build forward momentum.

Prior to starting his legislative career, Jake worked in commercial real estate in the growing Des Moines market. Jake was awarded the Legislator of the Year award by Associated General Contractors of Iowa and the Restaurant association. He studied at the University of Iowa and received a degree in Business and Exercise Science.
​ 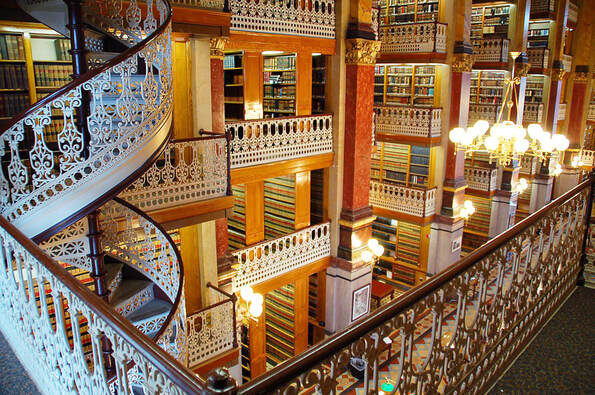